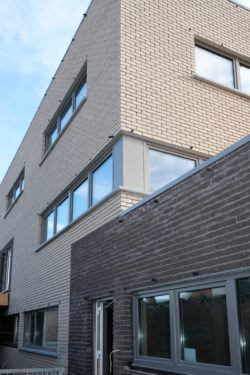 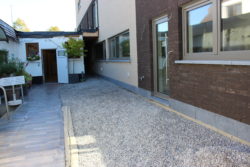 Why was Help Animals founded?

Thirty years ago, there weren’t many animal welfare associations in Brusselstaking in found or abandoned cats or dogs. These organisations were mostly unable to meet the demand and were thus forced or obliged to euthanize animals.

Perhaps you may think that we acted a bit like “Don Quichotte”, as we refused to follow this practice. We believed that every animal has a right to life ! Be it beautiful or less so… young or not so young… breed or not, all have a right to live and be happy again ! This has always been, and has always remained, our “ideology”.

We will never claim the right to decide over their life or death (other than in cases of severe or incurable illness or obvious aggression endangering new adopting parties, whether adults or children).

With this attitude, all we do is implement the “CHARTER OF ANIMAL RIGHTS”.

What are our aims ?

Together with other animals welfare organisations, we have been fighting for many years against the abuses of vivisection. Over the years we have been able to limit these experiences, for one, by limiting the sale of pets on public markets. Likewise, the sale of exotic pets is often forbidden as they are protected by the “WASHINGTON CONVENTION”.

We also have a social aim. It is frightening to see how many people are alone, typically elderly and without family, and with very little left to live for. As we don’t practise euthanasia, we keep all animals that arrive at the shelter and, of course, also elderly animals ! These are ideally suited for older people who are delighted to feel useful by looking after a pet with which they can talk, which they can caress, and which can sit on their lap. Furthermore, as the economic crisis has been going on for quite some time, we often help people who no longer have the means to meet their favourite animal’s needs.   Another very important aim for us is education !

We want to teach our children to respect LIFE in all its forms !   Just like a newborn animal, isn’t a child also a small animal ? Is it not also walking on all fours ? A child is pure and innocent and naturally moves towards animals. It is we, the adults, who tend to erect barriers between them ! It is we, again, who, through our attitude, instil fear of animals that will be hard to shed later. Thus, we are in contact with teachers of different schools. We encourage them to include trips to animal shelters in their field trip programmes, be they shelters for dogs, cats, horses or farm animals. We try, during the children’s visit to the shelter, to make them aware that an animal is a sentient being with feelings of joy and sadness, just like they have. We explain that, when an animal finds itself in a cage, it doesn’t understand why it has been abandoned and it suffers from being locked up and surrounded by strangers and other animals that are sad, too.

Don’t be shy to come and see us. Let us take you on a guided-tour of our friendly shelter !